Even though we planned only to pass by Brazil in no time, our plans, like many times before, had to be verified. Without major problems and inconveniences we passed the border from Guyana to Brazil and reached the second biggest city in Roraima- most northern state of Brazil- Boa Vista. The name means ‘good view’ and this is how it appeared to us from the very first moments.

The city is modern, but still has some beautiful spots with old architecture. One can see many people hanging out by the river as there are various playgrounds and parks. To be honest, our good impression didn’t come from any of those things. I guess you can say that we liked it because it felt more like home. After a long time in the jungle and even before, in Georgetown and other Guyanese cities, we craved more familiar environment. It wasn’t quite yet what we needed but it was close enough to take a deep breath and relax. 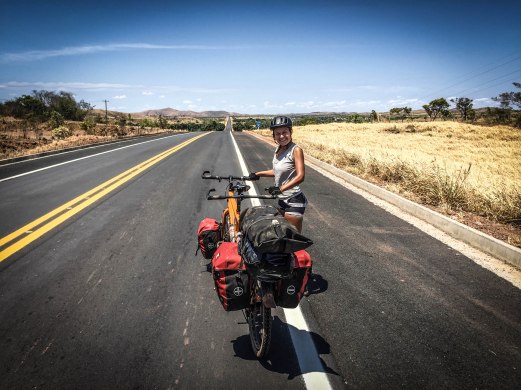 Without hesitation we can also say that we liked very much all the locals we’ve met in Boa Vista. It was much easier to relate to people there, have a real conversation and feel at ease as in the Caribbean part of South America. 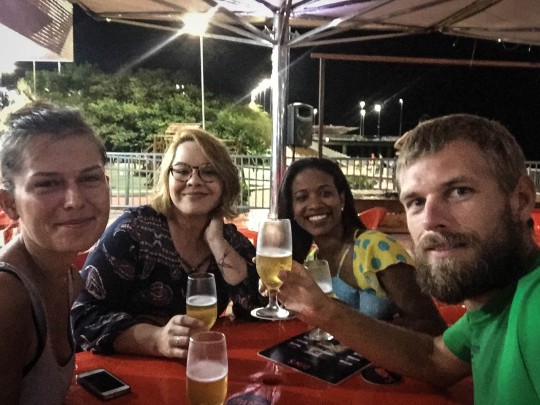 Talking about Boa Vista and its landscape one can’t omit a very significant part of it- Venezuelans. Fleeing from their country in order to find a better life and food to nurture their children, Venezuelans live on the streets trying to figure out their next step. Most of them live in tents on a big roundabout named, how ironically, after their liberator of Venezuela – Simon Bolivar. Every day they are provided one meal which, in so many cases, is much more than what they could afford in their own country.

At first we didn’t really understand their entire situation. We listened to stories of all the people who seemed to know so much about life in Venezuela but in fact understood less than us. Only after crossing the border and living among them and sharing similar problems like the lack of cash and food, we could actually understand what is going on in the country with the richest oil reserves in the world.

Nevertheless, in Brazil we’ve spent a lot of time fed with horror stories of Venezuela and its people. We were worried. It was the first time everyone around us tried to discourage us and make us change our plans. We tried to filter the information and kept calm (almost) all the time.

The big wow and a definite highlight was one of the greatest fruit we ever tasted- acai. Sold in special shops and restaurants in a form of thick juice it is the super food we were looking for. Forget about your daily muesli, don’t even think about a good porridge- this mega dish beats it all! Acai has a beautiful purple shade and colors your mouth violet. You eat it cold with honey or condensed milk, other fruits and various extras like tapioca, rice flakes, chocolate, muesli or nuts.

The taste is indescribable, so fresh and a bit sour- yet so, so delicious! It would be a dream to have it for breakfast and start every day with this bomb of vitamins and minerals!

Sadly, it is only available in certain parts of Brazil and even Venezuelans living close to the border don’t know it. There is even an Acai festival in the state of Para which we hope to visit one day to enjoy the various way the locals take you on a culinary tour all around the acai world.

Staying in Boa Vista we gave some interviews for the local media. We’ve met several TV stations and newspapers and talked about our journey and adventures. Click here to see our media appearances. 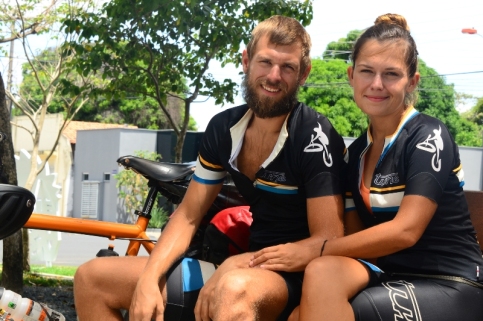 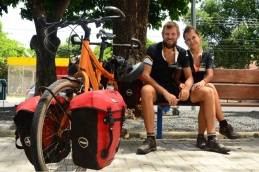 It turned out that we had to stay longer than we planned in Brazil. We both fell terribly ill and with fever were unable to continue further. Finally, 10 days after our arrival and several sleepless nights later we were fit enough to keep moving.

Anxious because of the still pretty unknown situation in Venezuela but very happy to be back on the saddle, we left Boa Vista and headed north. During the next three days of cycling we experienced the the strongest and most powerful sun ever, while cycling. Dreaming of cold water, we had to constantly stop passing by cars and ask for help. Without them it would be nearly impossible to keep on going as we run out of the precious liquid at times. 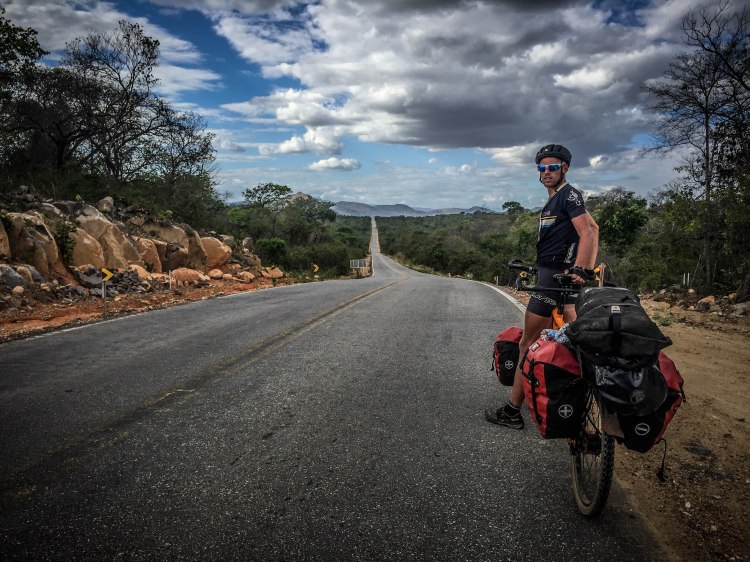 Like many times before, also during this stage of our journey, we had the most fun while we cycled without knowing where to spend the night. There were no couchsurfers waiting for us, no hotels or guest houses to work with- only us and the road. We showered in the river and slept in the tent- safe next to wooden houses in indigenous communities. We ate huge sweet mangoes straight from trees and shared our lives with those who live in Brazil since ages. 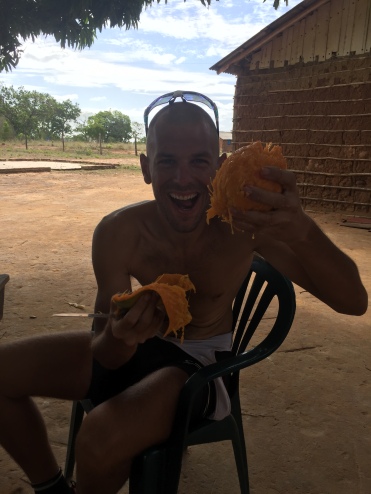 The border city of Pacaraima was crowded and busy with trade. People from neighboring Venezuela came here every day to buy food as well as other items and bring it home or sell it in their villages and towns. In Pacaraima we had our last acai bowl and stocked up our own supplies. The uncertainty of what was waiting for us on the other side made us decide to buy food for as much time as possible. Soon enough it turned out that we were right about that. Heavier with a few kilos of muesli, rice flakes and sweets we crossed the border. The next adventure was right ahead of us and we can’t wait to let you know what is going in Venezuela.